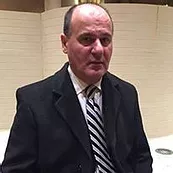 He is currently holding positions as the President and Chief Executive Officer for Halim Mavrakis, Inc. incorporated in the United States of America since 1981, also he is the General Executive of Libya Political & Economics Consulting Organization.

He engaged in several political transitions of the last thirty years, most significantly in business and in writing and consultation of the political and economics for the State of Libya.

Supporting Libya's local efforts to reform or as a contributor to new ideas at an international think tank, he developed substantial relationships with political change agents and is respected by businessmen, political activists, and leaders in several countries.

An expert on business enterprises, international and public relations, Economics, politics, Ramzi has studied and worked in several countries, Libya, the United Kingdom, and the United States of America and managing free enterprise businesses.